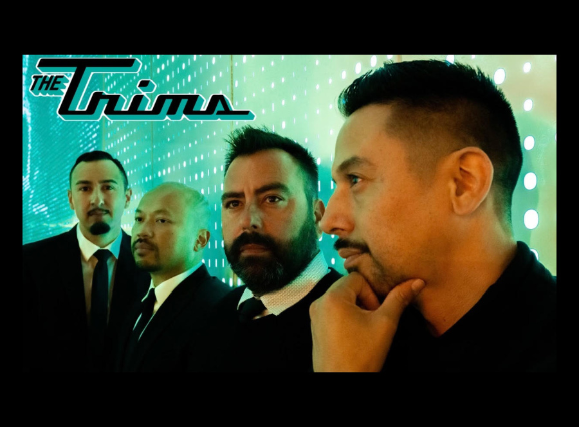 Tired of being an unsatisfied fan at shows, “The Trims” founder (Gabe Maciel) set out to start his own band, a band that would “trim” out all of the bad music he was hearing in the scene and, instead, focus solely on writing good and catchy songs to perform. This philosophy of “trimming out the bad music” rang so true with Maciel, that he decided to name his new project “The Trims.”

Hailing from San Jose, Ca, The Trims have a loyal fanbase and buzz that can easily carry them beyond their locality and into a national spotlight. With a strong sound reminiscent of early U2, The Strokes, The Cure, The Killers and the Brit-Pop of the 90’s, while also conjuring the swagger of artists like Joy Division and The Doors, “The Trims” maintain a pop friendly sound and delivery which invites music lovers of all genres into the fold.

The Trims have achieved some impressive milestones, including but not limited to:

-A live performance for the famous “Jam In The Van" Sessions

-Performing as direct support for such major acts as “Spandau Ballet” “Glass Animals” “Royal Blood” “DMA’s” “The Sherlocks” “David J” Ronnie Vannucci's (Drummer for The Killers) side project "Big Talk" and many more...