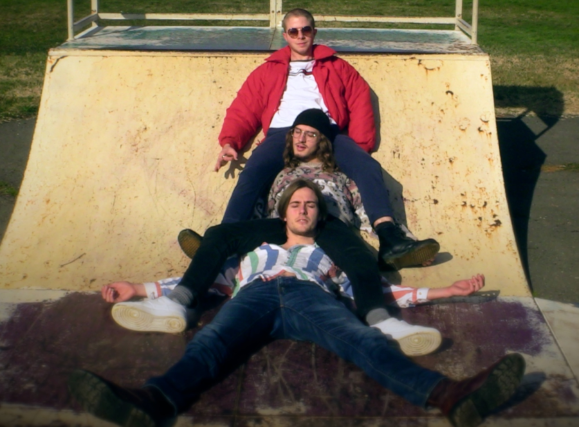 When Secure the Sun played their first gig in a punk rock dive bar in Oakland during the fall of 2015, the sound engineer leaned back into the orange-cushioned booth and told them it would be their last at his club. “You’re f-ing amazing,” he enthused, shaking his ponytailed head. “You’re going to be playing big halls and festivals within a year.”
His words proved prophetic.
Since then, Secure the Sun has built up a considerable following in the Bay Area, gracing the stages of Bottlerock Music Festival, the Phoenix Theater, the DNA Lounge, and a myriad of other legendary Northern California venues.
Currently, the band members are slaves to the capitalist machine, pursuing bachelor’s degrees so they can make their dream of playing music full-time a reality. However, they still find time to tour, as they made trips out to the East Coast during the winter of 2018 and are embarking on a West Coast Tour during the summer of 2020.
Though these Gen Z rockers hail from Napa, CA, Secure the Sun’s sound is straight out of the New Wave and Punk scene of New York City in the late 70s/early 80s and the Funk Rock scene of Los Angeles in the 1990s. The Bowie-esque vocal stylings and intensity of lead singer Ari Eisenberg will draw you in close enough to be leveled by the left hook of the rhythm section. Firmly rooted in jazz, Jonathan Soria-Gil deftly works his drum kit leaving the perfect amount of space for Anthony Cappeto to expertly weave his melodic bass lines into the fabric of their songs. Liam Milligan cements STS’ signature sound with his open, driving guitar that is reminiscent of John Frusciante and The Edge.