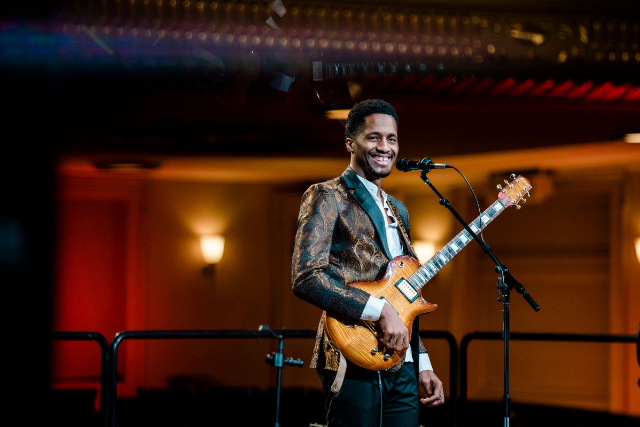 Ron Artis II is a multi-instrumentalist who grew up in Hawaii among an exceptionally musical family. Full band, trio or solo, Ron has performed and collaborated with Mick Fleetwood (Fleetwood Mac), Jack Johnson, Jake Shimabukuro, Booker T Jones, Eric Krasno (Soulive, Lettuce) and G Love among others. If this wasn’t a rich line - up of names, go spend a few moments reading the lyrics to Ron’s songs. Each song is laced with intention, deep conviction, story, and a heart that has truly been there.

If you’ve been to one of Ron’s shows, then you may have had the immense pleasure of seeing a daughter or two take to the stage with her father. In fact, being on the road is a family aﬀair.

With 4 studio albums, 60+ songs, 1000s of ﬂights, 100,000s diapers, and 15 countries, Ron and his family [full band included] continue to live by preparation and faith. Holding each day and person they meet as with immense privilege, not to be taken for granted, they look forward to meeting and delighting audiences around the world.

“I love the songwriting & the story telling. Keep telling the stories!” - Mick Fleetwood

"I’ve played with Eric Clapton, Stevie Wonder and other greats. You have it!" - Tommy Emmanuel

“With a voice from heaven, a cross between Eric Bibb and Al Jarreau, a ﬂuid guitar style, oft strumming frenetically with no plectrum, the supremely talented Artis is a joy to experience.”
- Blues & Soul Magazine